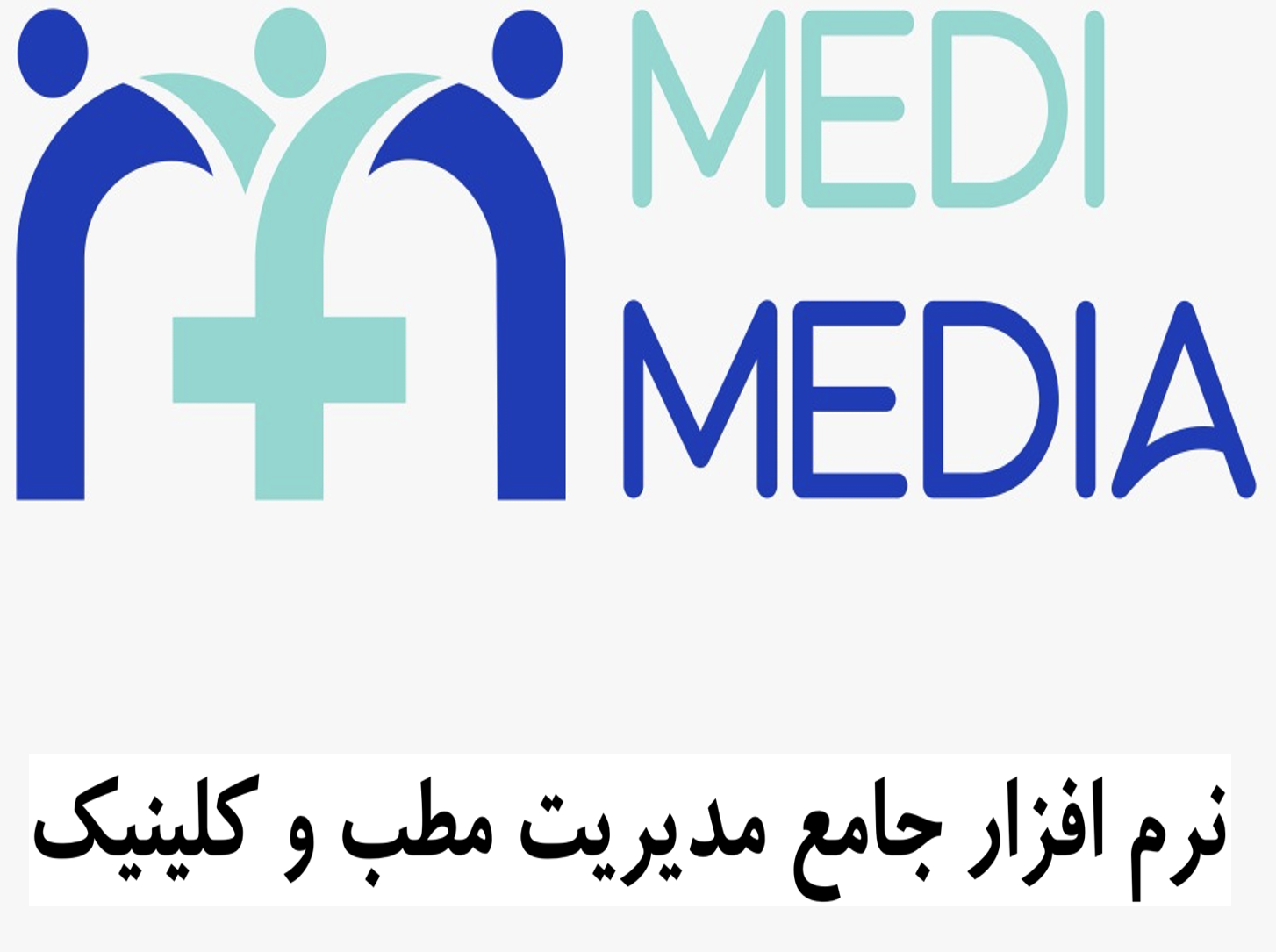 This topic will give a brief overview of mitochondrial structure, function, and genetic attributes.

Mitochondria are thought to be derived from aerobic bacteria that invaded the proto eukaryotic cell more than a billion years ago and lived in a symbiotic relationship with it, exchanging energy in the form of adenosine triphosphate (ATP) for residence. However, this "endosymbiotic hypothesis" is not universally accepted and has been challenged [1].

Each human cell contains on average hundreds to thousands of mitochondria. The exception is mature red blood cells, which rely exclusively on anaerobic metabolism and contain no mitochondria.

Although mitochondria were originally represented as individual, isolated organelles it is now recognized that mitochondria form a dynamic connected network (also called a reticulum or syncytium) [2].

●The outer membrane, which is permeable to certain ions and small molecules.

●The intermembrane space, which has a composition similar to that of the cytosol.

FUNCTION — Mitochondria are intracellular organelles that are essential for aerobic metabolism and energy production through oxidative phosphorylation, which is accomplished by the respiratory chain. However, mitochondria are not only the adenosine triphosphate (ATP)-producing "power houses" of the cell. Mitochondria are involved in several other metabolic pathways including beta-oxidation, the Krebs cycle, and the synthesis of iron-sulphur clusters. In addition, mitochondria maintain, replicate, and transcribe their own DNA, and translate messenger RNA (mRNA) into protein. The import and assembly of proteins are also important mitochondrial functions, since most proteins that the mitochondria require are encoded by nuclear DNA and translated in the cytosol. The ongoing remodeling of the mitochondrial network is also a function of the mitochondria. Additional roles of mitochondria in apoptosis, production of reactive oxygen species, calcium homeostasis, maintenance of the lipid membrane and immunity have been described.

The sections that follow provide a brief overview of these diverse functions. For each mitochondrial function, examples of genes associated with mitochondrial disease can be found in the table (table 1) [3-7].

Energy production and metabolism — Mitochondria are the "power houses" of the cell and are the organelles responsible for energy production in the form of ATP, which is the major form of energy for cellular processes (figure 1). Free fatty acids and carbohydrates (in the form of pyruvate) are imported into the mitochondria. Fatty acids cross the outer mitochondrial membrane through carnitine palmitoyltransferase 1 and then cross the inner mitochondrial membrane with the help of carnitine palmitoyltransferase 2. Free fatty acids are metabolized to acetyl-CoA through beta-oxidation in the mitochondrial matrix. Pyruvate is decarboxylated to acetyl-CoA by the pyruvate dehydrogenase enzyme complex. Acetyl-coA then enters the Krebs cycle (also known at the citric acid cycle or the tricarboxylic acid cycle) which also occurs in the mitochondrial matrix. The Krebs cycle oxidizes acetyl-coA to carbon dioxide and water. This produces hydrogen ions which reduce nicotinamide-adenine dinucleotide (NAD) and flavin adenine dinucleotide (FAD) to NADH and FADH2. Subsequently NADH and FADH2 are used to provide hydrogen ions for the respiratory chain.

Mitochondria are also the site of synthesis of iron-sulfur clusters, which are essential cofactors for respiratory chain complexes I, II, and III as well as aconitase (from the Krebs cycle) [8]. Iron-sulfur clusters synthesis requires ATP, guanosine triphosphate (GTP), NADH and iron.

●Complex I (NADH dehydrogenase-ubiquinone oxidoreductase) is composed of approximately 46 subunits, seven of which are of mitochondrial origin (ND1, ND2, ND3, ND4, ND4L, ND5 and ND6). Complex I receives electrons from NADH.

●Complex II (succinate dehydrogenase-ubiquinone oxidoreductase) is composed of only four subunits, which are all of nuclear DNA origin. It receives electrons from succinate.

Both succinate and NADH are products of the Krebs cycle. Their electrons are transferred horizontally from complex I and II to a mobile lipid carrier in the inner membrane, co-enzyme Q10, which in turn transfers them to complex III.

●Complex III (ubiquinone-cytochrome c oxidoreductase) is composed of 11 subunits. Only one of them, cytochrome b, is encoded by mitochondrial DNA.

The electrons are transferred from complex III to complex IV by cytochrome c, another protein mobile carrier, in the intermembrane space.

●Complex V (ATP synthase) is composed of 16 subunits, two of them (ATP6 and ATP8) from mitochondrial DNA.

Using the energy released by the electron transfers, complexes I, III, and IV pump protons (H+) from the matrix to the intermembrane space, creating an electrochemical proton gradient across the inner membrane. ATP is then generated by complex V when hydrogen protons flow back down their electrochemical gradient to the mitochondrial matrix.

In addition to providing protein subunits for the respiratory chain, nuclear DNA also provides the protein machinery necessary to translate, import and assemble the nuclear-encoded proteins of the respiratory chain [9]. These additional proteins also cause human disease when mutated (table 1).

Replication of mitochondrial DNA is performed by DNA polymerase gamma (POLG), an accessory subunit encoded by POLG2, twinkle, and DNA2. The substrates for replication include the four deoxynucleoside triphosphates (dATP, dGTP, dCTP, dTTP). Several enzymes controlling the balance of the four deoxynucleoside triphosphates have been implicated in human disease.

●Components of the large and small subunits of the ribosome (comprised of 48 and 29 proteins, respectively)

The mitochondrial DNA encodes two of the required ribosomal RNAs. In addition, the 22 mitochondria-encoded transfer RNAs used in translation are post-transcriptionally modified by proteins encoded by the nuclear genome that are also imported into the mitochondria.

Mitochondrial dynamics — Mitochondria are no longer thought to exist as predominantly isolated organelles [2]. Instead, the mitochondrial exist as a dynamic interconnected network (also called a syncytium or reticulum) that is constantly undergoing fusion and fission. The dynamic nature of this ongoing process of remodeling serves to distribute the mitochondrial metabolic capacity and genomes throughout the cell and may have other purposes that are still poorly understood. The processes of fusion and fission involve the dynamin-related proteins, which hydrolyze GTP to provide energy. Fission requires dynamin-related protein 1 (Drp1) and dynamin 2. Endoplasmic reticulum tubules wrap around mitochondria and mark the sites of mitochondrial division. Fusion is performed by mitofusin 1/mitofusin 2 and OPA1. Mitochondrial dynamic abnormalities have been observed in various major neurodegenerative diseases [12].

Apoptotic signals such as DNA damage, calcium overload, oxidative stress, and endoplasmic reticulum stress can be transduced to the mitochondria, resulting in opening of the mitochondrial outer membrane and the release of pro-apoptotic factors [13].

Production of reactive oxygen species — Mitochondria are the main cellular source of reactive oxygen species (ROS) [13,14]. Electrons can be released from the respiratory chain and can combine with oxygen to form superoxide, an ROS. Complex I and III and to a lesser extent Complex II are thought to be the major sites contributing to mitochondrial ROS generation. ROS have multiple effects. They can directly damage (through oxidation) proteins, lipids and nucleic acids. But perhaps more importantly, they act as second messengers in signaling pathways. For example, high levels of ROS production can lead to oxidation of cardiolipin and release of cytochrome c, which triggers the caspase cascade in apoptosis [13].

The gene encoding choline kinase-beta is an enzyme involved in the biosynthesis of phosphatidylcholine in the MAM. The serine active site-containing protein 1 (SERAC1) is a MAM protein involved in exchange of phospholipids between the endoplasmic reticulum and the mitochondria.

Immunity — Mitochondria have been shown to participate in the innate immune response in several ways [14].

●Mitochondrial antiviral signaling (MAVS) protein is found on the outer mitochondrial membrane and is required for signaling through retinoic acid-inducible gene I-like receptors (RLR) which are part of the cell's innate immune response to viral infection.

●ROS produced by mitochondria can induce RLR signaling in response to viral infection.

●In the cellular response to bacterial pathogens, mitochondrial ROS production is a result of toll-like receptor 1 activation which promotes translocation of tumor necrosis factor receptor receptor-associated factor 6 (TRAF6) to the mitochondria and its binding to evolutionary conserved signaling intermediate in Toll pathways (ECSIT) on the outer mitochondrial membrane.

Mitochondrial DNA — While the nuclear genome is diploid, harboring only two homologous copies of each chromosome (one paternal and one maternal) the mitochondrial genome is polyploid, containing 1 to 10 identical molecules of mitochondrial DNA within its matrix. This variable copy number, combined with the variable number of mitochondria in each cell, has important implications for the phenotypic expression of a mutation. (See 'Heteroplasmy' below.)

Mitochondrial DNA is a double-stranded closed circular molecule, composed of 16,569 base pairs, that codes for 13 polypeptide units, all of which are components of the respiratory chain. However, each mitochondrion has approximately 1700 gene products, including over 200 respiratory chain proteins [23]. Thus, the great majority of these are encoded by nuclear DNA. (See 'Nuclear DNA' below.)

Mutation rate — Mitochondrial DNA has a high mutation rate due to the lack of histones and to damage from oxygen radical species. Many point mutations as well as insertions, deletions, duplications and rearrangements of varying size and complexity have been reported [25,26].

Maternal inheritance — One of the most distinctive features of mitochondrial DNA is that of maternal inheritance. During oocyte fertilization, the sperm brings only a small quantity of mitochondria, approximately 100 times less than the oocyte [27]. In addition, the paternal mitochondria are diluted with subsequent cell divisions and mitotic segregation. Furthermore, some paternal mitochondria are targeted and destroyed, possibly through ubiquitination [28]. (See "Inheritance patterns of monogenic disorders (Mendelian and non-Mendelian)", section on 'Causes of non-Mendelian inheritance'.)

It was once believed that all pathogenic mutations are heteroplasmic. This view is no longer accepted, as homoplasmic mutations have been found to cause disease [32]. Similarly, nonpathogenic haplotype differences are usually but not always homoplasmic.

Threshold effect — Given variable mitochondrial heteroplasmy, not all cells in a tissue are abnormal. As a consequence, a minimal number of mutated DNAs must be present before respiratory chain failure and cellular dysfunction occur. Clinical signs do not become apparent until enough cells are affected. This is known as the threshold effect.

The threshold varies between different body tissues but is lower in tissues mainly relying on oxidative phosphorylation for energy production, such as the brain, the retina, the skeletal muscles, and the heart. This explains why systemic mitochondrial defects often manifest clinically in these organs. Furthermore, the amount of heteroplasmy (or "mutation load") in a specific tissue often correlates with severity of the illness in that tissue [33]. In most mitochondrial disorders with overt disease, the mutation load is quite high, generally ≥80 percent [23].

Mitotic segregation — Mitochondria are randomly distributed at the time of cell division, which can lead to a change in the amount of mutant DNA in a cell and surpass its threshold. The clinical phenotype can then change in a previously unaffected tissue.

●Structure – Mitochondria are intracellular organelles that are essential for aerobic metabolism and energy production. They have four main compartments (figure 1). (See 'Structure' above.)

1 : The hydrogen hypothesis for the first eukaryote.

5 : Mutations causing mitochondrial disease: What is new and what challenges remain?

6 : The clinical maze of mitochondrial neurology.

8 : Fe-S cluster biogenesis in isolated mammalian mitochondria: coordinated use of persulfide sulfur and iron and requirements for GTP, NADH, and ATP.

13 : The role of mitochondria in metabolism and cell death.

15 : Disorders of phospholipid metabolism: an emerging class of mitochondrial disease due to defects in nuclear genes.

17 : The endoplasmic reticulum-mitochondria coupling in health and disease: Molecules, functions and significance.

24 : The mitochondrial genome in human adaptive radiation and disease: on the road to therapeutics and performance enhancement.

25 : The mitochondrial genome in human adaptive radiation and disease: on the road to therapeutics and performance enhancement.

32 : Multiple neonatal deaths due to a homoplasmic mitochondrial DNA mutation.

33 : MELAS and MERRF. The relationship between maternal mutation load and the frequency of clinically affected offspring.