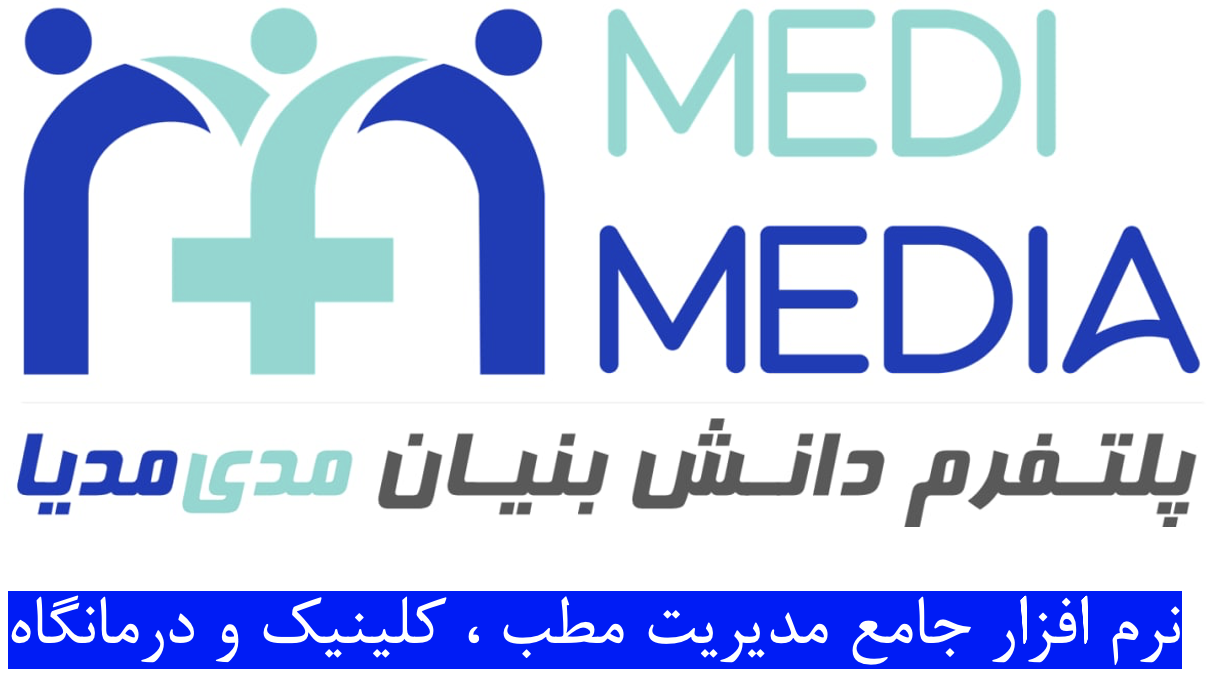 PRESENTATION OF HUMORAL IMMUNODEFICIENCY — The presence of an underlying primary humoral immunodeficiency should be suspected in a patient with typical sites of infections and types of infectious organisms isolated. Antibodies play an essential role in protection of the sinopulmonary tract and mucosal surfaces. Thus, affected persons commonly develop recurrent otitis media, sinusitis, and pneumonia. Recurrent pneumonias can lead to bronchiectasis, which serves as a negative factor for long-term morbidity and mortality [3]. Classic pathogens consist of polysaccharide-encapsulated bacteria, such as Streptococcus pneumoniae and Haemophilus influenzae [4,5]. Chronic diarrhea associated with Giardia lamblia, Salmonella enterica, Campylobacter jejuni, and rotavirus infections have been observed. Of note, infections are not limited to mucosal surfaces. Invasive infections, such as bacteremia, meningitis, osteomyelitis, and subacute infectious arthritis, can occur due to antibody deficiency and have been attributed to Staphylococcus aureus, Pseudomonas aeruginosa, and Mycoplasma species, in addition to the characteristic encapsulated bacteria [4,5]. Lastly, because of maternal transfer of immunoglobulin G (IgG) to the fetus in utero, a classic presentation for primary humoral immunodeficiency consists of an infant whose susceptibility to infections arises at four to nine months of age, when protective levels of the maternal antibodies have waned (figure 1).

●Measurement of serum levels of IgG, immunoglobulin A (IgA), and immunoglobulin M (IgM) – The levels obtained must be compared with age-adjusted normal references ranges (table 1). Interpretation of serum IgG levels during the first several months of life should take into consideration the presence or absence of maternal IgG.

●Assessment of functional antibody production – In general, this process entails the evaluation of specific antibody titers generated in response to protein and (in children above two years of age) polysaccharide vaccines. (See "Assessing antibody function as part of an immunologic evaluation".)

CATEGORIES OF PRIMARY HUMORAL IMMUNODEFICIENCIES — Primary humoral immunodeficiencies have been categorized into four groups by the International Union of Immunological Societies (IUIS) (table 2) [1,2].

Agammaglobulinemia (severe reduction in all serum immunoglobulin isotypes with profoundly decreased or absent B cells) — These conditions are identified by very low levels of serum IgG, IgA, and IgM with lack of B cells in the circulation (table 3). They are discussed in detail separately. (See "Agammaglobulinemia".)

Hyper IgM (severe reduction in serum IgG and IgA with normal/elevated IgM and normal numbers of B cells) — These primary humoral immunodeficiencies are often characterized by elevated serum levels of IgM (hyper IgM) accompanied by low levels of serum IgG and IgA. The underlying pathophysiology consists of impaired switching of B cells from the IgM isotype to the IgG and IgA isotypes due to defective DNA processing mechanisms. Of note, X-linked hyper-IgM syndrome due to pathogenic variants in the CD40 ligand (CD40LG) gene does not fall into this category since this condition has defects in cellular immunity that convey its placement into the category of combined immunodeficiency. The forms of hyper-IgM syndrome that do fit into this group include autosomal-recessive pathogenic variants in activation-induced cytidine deaminase (AICDA) and uracil DNA glycosylase (UNG). Other class-switch recombination defects include pathogenic variants in INO80 complex (INO80) [7] and mutS homolog 6 (MSH6) [8]. (See "Hyperimmunoglobulin M syndromes" and "The adaptive humoral immune response" and "Normal B and T lymphocyte development", section on 'Maturation of activated B cells'.)

Isotype, light chain, or functional deficiencies with generally normal numbers of B cells — A number of additional primary humoral immunodeficiency diagnoses have been observed. Most of these states are distinguished by abnormalities in immunoglobulin levels or specific antibody production and include the following:

High B cell numbers due to constitutive NFkB activation (CARD11 gain-of-function defect) — Autosomal-dominant pathogenic variants in caspase recruitment domain family member 11 (CARD11) cause a gain-of-function (GOF) variant that results in B cell expansion with nuclear factor kappa B and T cell anergy (BENTA) syndrome (MIM #616452) [15,16]. This disease condition is characterized by polyclonal expansion of B cells. However, specific antibody responses are impaired, resulting in humoral immunodeficiency. Loss-of-function (LOF) pathogenic variants in CARD11 cause a combined immunodeficiency and are discussed separately. (See "Combined immunodeficiencies".)

●Medications – Antiseizure medications, such as phenytoin, carbamazepine, valproate, and zonisamide, are well-recognized causes of IgA deficiency [17]. Use of antiinflammatory drugs (eg, gold, penicillamine, sulfasalazine, and hydroxychloroquine) is associated with hypogammaglobulinemia [18]. In addition, many immunosuppressive medications, including cyclosporine, tacrolimus, mycophenolate mofetil, cyclophosphamide, azathioprine, and 6-mercaptopurine, can cause hypogammaglobulinemia. Glucocorticoids may induce hypogammaglobulinemia when administered for extended periods of time [18] (see "Glucocorticoid effects on the immune system"). Finally, several targeted biologic therapies (eg, rituximab and anti-CD19 chimeric antigen receptor T cells) are intended to cause depletion of B cells and can result in hypogammaglobulinemia. (See "Secondary immunodeficiency induced by biologic therapies".)

●Losses – Pulmonary losses can occur through the presence of a chylothorax or exudative pleural effusion due to either obstructed lymphatic flow or perturbed intrathoracic pressure. Gastrointestinal losses, due to protein-losing enteropathies such intestinal lymphangiectasia, must be excluded. Nephrotic syndrome can also produce hypogammaglobulinemia through urinary losses. In addition, protein loss can occur with severe atopic dermatitis.

●Malnutrition – Poor nutritional status may represent the most common cause of immunodeficiency worldwide, and severe malnutrition is known to result in decreased production of secretory IgA and diminished numbers of B cells [19,20]. Immune function returns to normal when proper nutritional balance is restored.

●Agammaglobulinemia due to complete absence of B cells or B cell function – This category matches the International Union of Immunological Societies (IUIS) primary humoral immunodeficiency subcategory of "severe reduction in all serum immunoglobulin isotypes with profoundly decreased or absent B cells, agammaglobulinemia" and includes all of the diagnoses contained within it. Immune globulin replacement therapy is fully indicated for these defects due to the severe reduction in all serum immunoglobulin isotypes.

●Normal levels of immunoglobulin and normal B cells but impaired specific antibody production – This category falls within the IUIS primary humoral immunodeficiency subcategory of "isotype, light chain, or functional deficiencies with generally normal numbers of B cells." Immune globulin replacement therapy is not generally recommended as initial treatment for these conditions but may be used if necessary.

●Hypogammaglobulinemia and normal-quality antibody responses – Transient hypogammaglobulinemia of infancy (THI) also falls within the IUIS primary humoral immunodeficiency subcategory of "isotype, light chain, or functional deficiencies with generally normal numbers of B cells." Immune globulin replacement therapy is not generally recommended for conditions within this category.

●Normal serum IgG levels, normal-quality antibody responses, and decreased serum level of one or more IgG subclasses – The IgG subclass deficiencies also fall within the IUIS primary humoral immunodeficiency subcategory of "isotype, light chain, or functional deficiencies with generally normal numbers of B cells." Guidelines do not recommend IgG replacement therapy for these diagnoses, but the restriction remains controversial.

●Definition – Primary humoral immunodeficiencies (table 2) are recognized as predominantly antibody deficiencies that are distinguished separately from other primary immunodeficiency diseases in which humoral abnormalities play only a partial role in the disease manifestation. (See 'Introduction' above.)

●Presentation – Antibody deficiency classically presents with recurrent infections of the sinopulmonary tract by polysaccharide-encapsulated pathogens, such as Streptococcus pneumoniae and Haemophilus influenzae. Chronic infectious diarrhea and invasive infections can also occur. The classic age at presentation is four to nine months. (See 'Presentation of humoral immunodeficiency' above.)

●Treatment – Immune globulin replacement therapy is indicated for most primary humoral immunodeficiencies in accordance with recommendations from expert guidelines. (See 'Treatment' above.)

1 : Human Inborn Errors of Immunity: 2019 Update on the Classification from the International Union of Immunological Societies Expert Committee.

2 : The Ever-Increasing Array of Novel Inborn Errors of Immunity: an Interim Update by the IUIS Committee.

3 : Clinical picture and treatment of 2212 patients with common variable immunodeficiency.

4 : X-linked agammaglobulinemia: report on a United States registry of 201 patients.

7 : An inherited immunoglobulin class-switch recombination deficiency associated with a defect in the INO80 chromatin remodeling complex.

11 : Females with a disorder phenotypically identical to X-linked agammaglobulinemia.

12 : Mutations in the mu heavy-chain gene in patients with agammaglobulinemia.

13 : Clinical and molecular analysis of patients with defects in micro heavy chain gene.

15 : Germline CARD11 Mutation in a Patient with Severe Congenital B Cell Lymphocytosis.

17 : Practice parameter for the diagnosis and management of primary immunodeficiency.

19 : The immune system in children with malnutrition--a systematic review.

20 : Immune Dysfunction as a Cause and Consequence of Malnutrition.

21 : Update on the use of immunoglobulin in human disease: A review of evidence.